The scientific revolution consisted of many individuals emerging and challenging the status quo to create a change. They created enduring and long-lasting influences, which created a tangible and significant impact on the lives of the people involved.

The Scientific Revolution created a paradigm shift in the medieval worldview and set the stage for future developments, which has lead to eventual changes in the society and created the environment that exists today.

He was a careful mathematician and a faithful Christian and thus, could not believe that God would create a universe as ramshackle as the geocentric conception with its mathematical trickery.

He came up with the Heliocentric Conception and published a book about his findings. The famous book, “On the Revolutions of the Heavenly Spheres” provided an intellectual springboard for the criticism of the geocentric universe that inspired others to think in new directions to prove the ancient beliefs wrong. 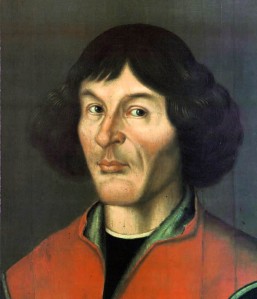 He is the man who discovered the telescope!

He made observations of the night skies and even provided evidence that the Geocentric Theory (by Copernicus) was correct. He made a lot of effort to provide concrete evidence for all his theories using either the telescope or math. By doing so, he disproved many widely held theories with flaws in them. He took great strides in Science and developed new theories in the area of motion, which formed the basis for Newton’s Laws. He also promoted concepts of Copernicanism by proving it through mathematical Laws and experiments.

He wanted to show that the Church and Science could coexist to study the universe better. However, the Church only saw it as a threat to them and Galileo put under house arrest. However, as people had already begun to support his theories, they began to doubt the theories by the Church.

Before the Scientific Revolution, scientists often made up their own scientific theories, and they force-fitted evidence into these theories. The Scientific method, which included hypothesising, experimentation, observation and induction (which means that scientists should first come up with a hypothesis, conduct experiments to prove it and observe the results, and finally induce the conclusion) improved the accuracy of the theories. 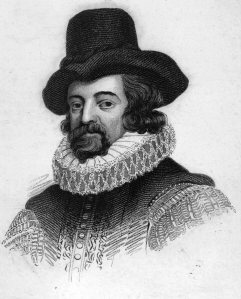 Isaac Newton invented the 3 laws of motion (how forces work in the universe relative to one another, Law of Universal Gravitation (a system that explained the motion and placement of objects in the Copernican system), calculus and a few observations of optics (light). He used the findings of previously established scientists to develop a more synthesized view on the forces of the universe. He also used Francis Bacon’s scientific method to reach these conclusions, which explains the world around us clearly. 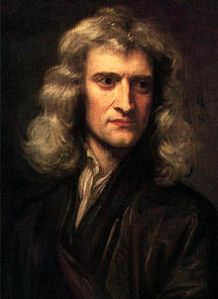 These individuals did their best to bring about the change of mindset in people despite much opposition and inspired future scientists to question and discover new theories. If they had not stood up for what they believed in, we might still believe that we were in the center of the universe!

Now, you may be wondering, what exactly causes a revolution?

The voyages of discovery and trade with other parts of the world helped the worldview to evolve and change. Navigational problems of sea voyages generated scientific research and overseas specimen aroused people’s interest in different worlds. This spurred many discoveries and new laws. Intellectual activity was no longer restricted to the abstract but it was shown to have practical applications as well.

Copernicus’ Heliocentric Theory was “the first shot fired” in the scientific revolution. The change of mindset from Geocentrism (earth-centered conception) to Heliocentrism (sun-centered conception) is a change in the ideological aspect which caused a stir before people realized that the heliocentric theory was indeed valid. Heliocentrism essentially altered man’s traditional way of thinking about the universe and also laid the foundation for more upheavals of other doctrines.

Of course, these are not the only causes that triggered the Scientific Revolution. There are many others such the the invention of the printing press, the Scientific Method, Humanism, Reformation, etc. 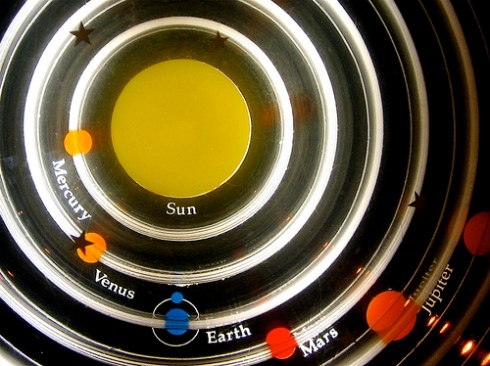 The Scientific Revolution does not have a clearly defined start point. It is widely accepted amongst historians that the key discoveries made took place over a long historical period that began with the Middle Ages and endured throughout the Renaissance.

During the Middle Ages, the Church controlled a large part of how the people lived, their thinking and beliefs. People were extremely religious and the Church dominated life regardless of your social status. Knowledge on the mechanism of the universe and medical sciences was very inaccurate. They believed that the Sun moved around the Earth (geocentricism) and that blood was pumped from our liver! However, no one had dared to doubt the Church… until this scientist named Nicholas Copernicus came along and challenged the status quo.

Have you ever heard of a revolution? A revolution is basically a significant change in social, political, economic and ideological aspects of a society brought about by a coincidence of people, ideas and circumstances. It involves a drastic change in the system and the effect of the change has to have significant impacts on people’s lives as well as society.

Main concepts of a revolution: